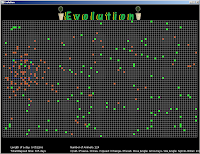 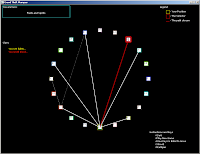 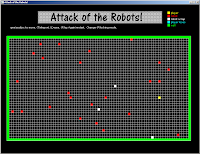 Over the summer, I worked on and developed three games in Lua. The game concepts come out of the book; Land of Lisp.

Attack of the Robots
- Avoid robots, and as they chase you down, get them to run into each other

Grand Theft Wumpus
- The Wumpus is hiding in Congestion City, but where?
- Use clues to track down his blood trail, and avoid Glow-worm gangs and Police
- Fire your one and only shot at the Wumpus if you think you've got his location tracked down

Evolution
- Watch as animals reproduce while eating and expanding across the game world
- Notice how most animals will remain in the lush jungle; very few wander out across the steppes.